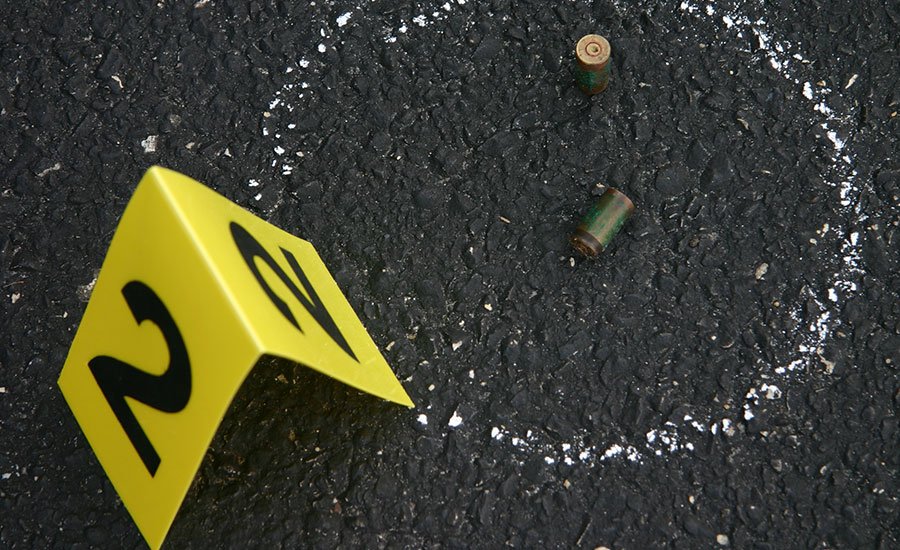 
This extra session is intended to show you yet another technique that you can add to your forensics projects. In fact, firearms are one of the most common tools used to commit a crime. The contents displayed here range from basic knowledge about weapons and projectiles to advanced techniques such as calculating trajectories and analysing gunshot residue in the laboratory, as well as computer-based recreation of famous crimes. I hope you learn a thing or two.


NOTE: There is no iDoceo activity associated to this session. Answers are included here, so you do not have to submit anything on ballistics. 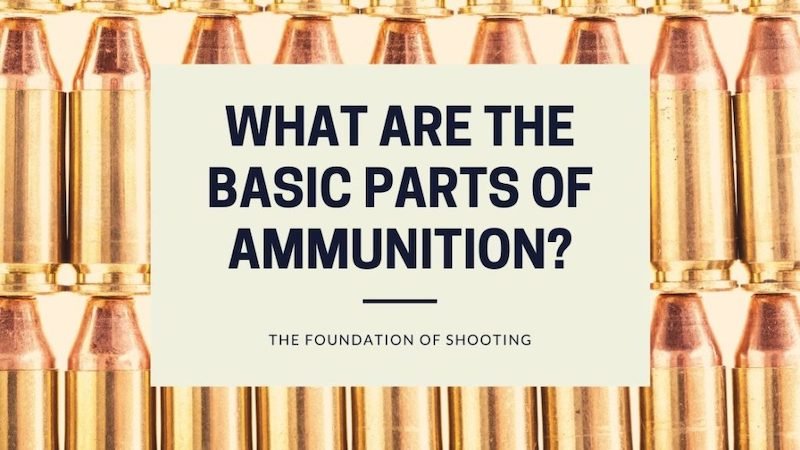 
Hollywood has contributed greatly to our extensive expertise (at least in fiction) in different types of weapons, ammunition (a.k.a.'ammo') and things that go "bang" in general. But, how much do we really know about the basics of physics and mechanics in gun shooting? How does a bullet actually work?

The first thing we need to know is that what we call a bullet is in fact called a cartridge, and the bullet is only part of the cartridge.

Learn the different components of a cartridge in the following exercise.

Use the labels in the image below to fill in the missing words in the following description of a cartridge. 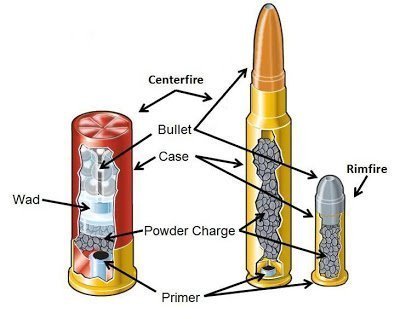 Although the word bullet is often used in colloquial language to refer to a cartridge round, a bullet is not a cartridge but rather a component of one.

A shotgun cartridge (5) is made from plastic or fibre. Plastic wads usually have “petals” that expand to create a seal within the bore of the barrel, whereas fibre wads have to be compressed when they are placed in the case.


How does a bullet work?

Watch this video and progress from beginner to expert in just 30 seconds.


Parts of a gun

Now have a look at the following diagram. Do you know the names of the different parts of this gun? When you are sure you have all your answers ready, take the following challenge. 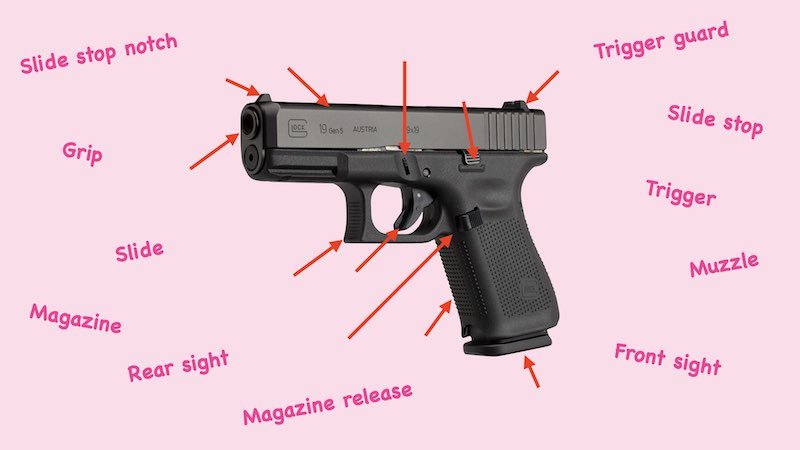 Parts of a gun. Choose the correct answers and beat your colleagues in accuracy and speed!

How to determine bullet trajectory

The following words are related to shootings and explosive projectiles in general. Can you guess what they mean. Match the terms and the explanations.

Processing GSR in the lab

Forensic investigations often rely on the evidence of gunshot and other firearms-related residues. When one fires a gun, the explosion creates a fine cloud of particles. These particles consist of burnt and unburnt powder, as well as traces from the bullet, its casing, and the gun itself. As the cloud settles, it lightly coats the area with gunshot residue (GSR). GSR will likely cling to the shooters hands, exposed skin, and clothing. Investigators usually sample this evidence with GSR test kit stubs. They can often obtain even more evidence from bullet-wipe deposits, partially burnt or unburnt powder, and trace materials on the bullet. 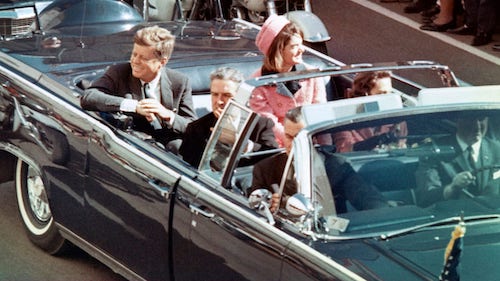 JFK in Dallas right before his assassination
Image credit: History.com

1. What do you know about the 1963 JFK assassination? Why is it so controversial even today?

2. What is the Single-Bullet Theory?

Watch this short video explaining that one single bullet could have killed JFK and injured Governor Connally. What do you think? 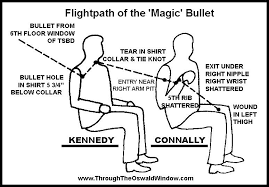 Among the flood of conspiracy theories that have risen and fallen in the years since the 1963 assassination of President John F. Kennedy, one theory has remained the focus of intense debate: the single-bullet theory.

This theory, supported by the 1964 findings of the Warren Commission investigating Kennedy's assassination, posits that the president was shot by the same bullet that also injured Texas Gov. John Connally, who sat in the front seat of the presidential limousine. Some critics sarcastically refer to this as the "magic-bullet theory."

The trajectory of the bullet that supposedly penetrated Kennedy's neck and Connally's torso is one of the many points of contention of the single-bullet theory. Critics charge that because of the position of the two men in the limousine, the bullet would have had to change course in midair to travel as proposed.

The fact that Connally was seen holding his hat in his right hand also caused suspicion, since he was supposedly wounded in his right wrist by the single bullet. The unusual circumstances surrounding the discovery of the CE 399 bullet —it was reportedly picked up off the floor by a nurse, or discovered by a hospital engineer, according to various reports— and the bullet's so-called "pristine" condition, have also given conspiracy theorists a lot to say.

The single-bullet theory gives credibility to the conclusion of the Warren Commission and other research that Oswald acted as a lone gunman who shot Kennedy because of Oswald's pro-Communist leanings and/or because of his depressed mental state.

Whether Oswald was a lone gunman, or was a pawn of Communist Cuba, or the Soviet Union, or the Mafia, or some other group, may never be known, especially since Oswald was murdered by Dallas nightclub owner Jack Ruby shortly after his arrest.