In this session we are going to revise the role of expert witnesses in court cases. But what are the differences between a fact witness and an expert witness?

Watch this video for a clear and easy explanation.


Are you ready to continue?

WHAT IS AN EXPERT WITNESS?
←

I. Testing the evidence

How much do you know about this Netflix Series? 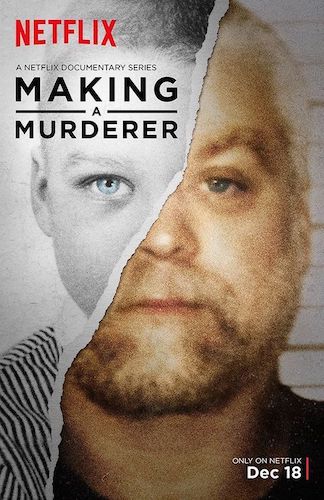 Making a Murderer is an American true crime documentary television series written and directed by Laura Ricciardi and Moira Demos.

It is the story of Steven Avery, a man from Manitowoc County, Wisconsin, who served 18 years in prison for the wrongful conviction of sexual assault and attempted murder of Penny Beerntsen. He was again charged in 2005 and convicted in 2007 for the murder of Teresa Halbach.

The first season mainly chronicles the period between 1985 and 2007, portraying Avery's 1985 arrest and conviction, his subsequent exoneration and release in 2003, the civil lawsuit Avery filed against Manitowoc County, his 2005 arrest, and the ensuing trial and conviction in 2007.

The first season premiered on Netflix on December 18, 2015. It was filmed over the course of 10 years, with the filmmakers moving back and forth from New York City to Wisconsin during filming. (Adapted from Wikipedia.org)

Who’s Who? – A beginner’s guide to Making a Murderer 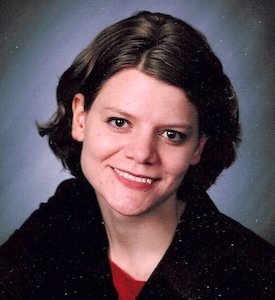 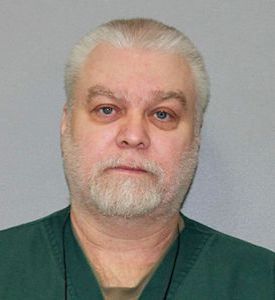 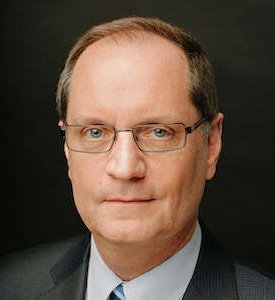 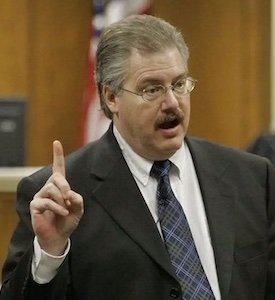 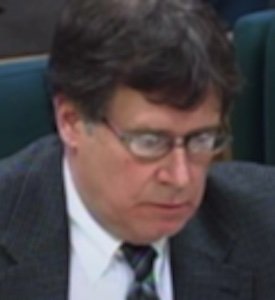 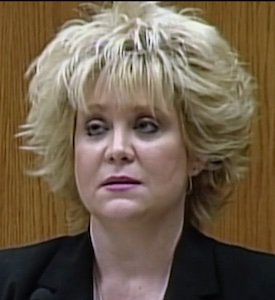 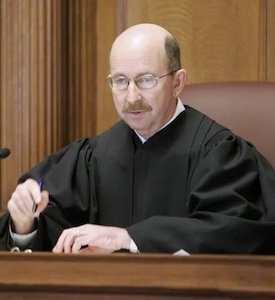 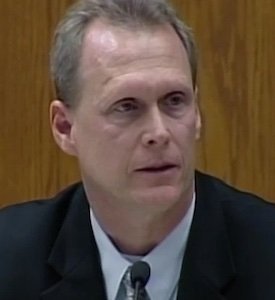 Watch the video and answer the questions.

Now choose the right answer to the following questions.

1. What does Prosecutor Kratz assert in his introduction to the examination?


3. How did lab technician Sherry Culhane process the evidence?


4. What is Ms Culhane’s conclusion regarding the evidence analysed?


5. What incident does Ms Culhane report at the end of her examination?


6. What explanation does she provide for that incident?

Watch the video and answer the True/False questions.

Now say whether the following statements about the extract are TRUE or FALSE.

1. The first thing defense lawyer Jerome Buting does, is have the witness confirm some practicalities about the document he is about to produce (=show).


2. The document in question is a phone message telling Ms Culhane she must create forged evidence showing the victim was indeed present in the defendant’s garage, although she was not.


3. The defense lawyer implies this memo is proof Ms Culhane’s work was biased.


4. According to Buting, the fact that no blood traces are visible on the bullet to the naked eye indicates the DNA could have come from another source (skin, hair, saliva...).


5. According to protocol, Ms Culhane had to report test results as inconclusive, and she did.


6. She was able to run the test procedure a second time.


7. According to Buting, Ms Culhane’s deviation from protocol is due to and evidence of biases in the investigation.

What is expected from an expert witness? What kind of testimony must they provide? Watch and listen to Sue Black, Max Hill and Angela Gallop, three experts in their fields.

a. How does Sue Black define the role of forensic experts?


b. Sum up Dr Black’s point about the peer review process.

a. Why does an expert have to be precise?


b. What pitfalls need to be avoided?

a. What point does Dr Gallop make about the need for scientific rigour?


* QC = Queen’s Counsel (or KC = King’s Counsel). An eminent lawyer (usually a barrister or advocate) who is appointed by the monarch to be one of "Her Majesty's Counsel learned in the law."

From Forensics: The Anatomy of Crime, https://wellcomecollection.org 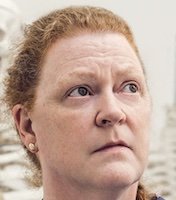 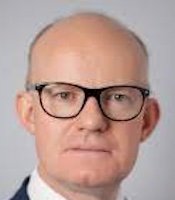 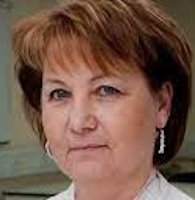 But are experts infallible? Do personal beliefs influence their objectivity? Check the following real case, an example of unprofessional testimony in court.

Read the text and answer the following questions. 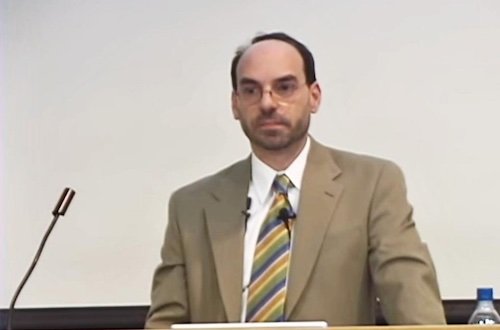 A controversial opponent of vaccination and sceptic about child abuse has given evidence in British trials as calls mount for curbs on incompetent expert witnesses.

David Ayoub, an American radiologist, has given evidence in three child abuse trials in Britain including one this year in which the judge delivered a scathing condemnation of his expertise, criticising his approach as "shot through with the dogma that child abuse is overdiagnosed".

The case is a stark illustration of the lack of controls or regulation of expert witnesess, who give key evidence in criminal and civil trials.

It also comes amid concern over the standards of expert witnesses who are "hired guns", arguing the case for the side instructing them rather than giving impartial evidence to the court. The 900-member Expert Witness Institute is calling for a central register of accredited experts as a safeguard. Sandy Mackay, a governor at the institute and an expert witness in architecture, said: "A central register is something we feel is needed — a body of people recognised as being competent —although always— retaining the possibility for lawyers to instruct a specialist not on the register."

He added that the rise in people acting without lawyers heightened the risk of incompetent experts being used.

A recent survey carried out for The Times with Bond Solon Training, a leading trainer of expert witnesses, found that 43 per cent of several hundred experts had come across a witness in the past year whom they considered to be a “hired gun”.

Mark Solon, director of Bond Solon, said: "Both incompetent and rogue expert witnesses can create disastrous results in trials. All professional bodies must have proper standards and regulations for members who do expert witness work. Expert evidence is too important to be left to amateurs."

Dr Ayoub, 59, has received widespread attention in the US press. The New Yorker described how he used to be active in the anti-vaccination movement but was "now challenging mainstream science again —as an expert witness for accused child abusers".

He gave evidence in the case of a child from St Helens, Merseyside, who, when five months old, was found to have 26 fractures and was the subject of a care order, under which he was living with an aunt.

The mother was seeking to have the care order discharged and Dr Ayoub, who is based in Springfield, Illinois, took the view that the child suffered from rickets. Both parents denied that they had caused the child’s injuries.

Lord Justice Jackson, who dismissed the mother’s application, pointed out that Dr Ayoub, whose clinical work did not include infants, had given evidence in about 500 cases. In every report Dr Ayoub had written, the judge said, he expressed the view that the child in question suffered from metabolic bone disorder.

The judge added: "His approach is shot through with the dogma that child abuse is over-diagnosed. It does not matter for this purpose whether he is right or wrong. The expert with a scientific prejudice may perform a service to science by asking questions that challenge orthodoxy but be unsuited to be an expert witness, a role that requires objectivity when giving answers." Dr Ayoub was not available for comment.

"Both incompetent and rogue expert witnesses can create disastrous results in trials. All professional bodies must have proper standards and regulations for members who do expert witness work. Expert evidence is too important to be left to amateurs."

Say whether the following statements about the text are TRUE or FALSE.

1. There is growing concern about incompetent expert witnesses.


2. Dr Ayoub has testified 500 times in Britain this year.


4. Experts advocate the creation of a reference body of experts.


5. Such a system would limit lawyers' possibilities.


6. The impact an expert witness can have will always remain minor.


7. Dr Ayoub has been opposing anti-vaxxers.


8. In one case, Ayoub testified in favour of an abusive mother.


10. An expert witness cannot be allowed to be biased. 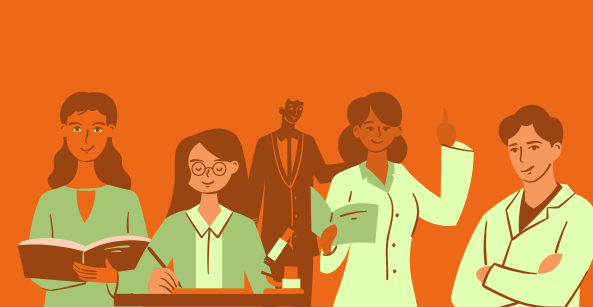 Based on the MURDER, YOU WROTE game (or not), use one of the reviewed forensic disciplines to simulate the expert testimony as presenced in court.

✓ Introduce yourself
✓ Be objective and convincing
✓ Give a clear explanation of the procedure and conclusions
→ Remember this is an examination (or cross examination) not an academic presentation! You need to interact with the lawyer/ prosecutor.


Do this activity with 3 other colleagues.