NOTE: hover over words in blue for additional information

The Victorian government is funding a world-first project to address sexual abuse and violence against women online through a program that will train people to call out sexism and aggression on the internet.

The project is an alliance between a number of domestic violence and women’s advocacy organisations including Gender Equity Victoria, Domestic Violence Victoria and Women's Health Victoria.

Last year the UN special rapporteur on the promotion of freedom of expression, David Kaye, said "online gender-based abuse and violence are undeniably a scourge, and governments and companies should be taking action against it".

But Gender Equity Victoria’s manager, Jacinta Masters, said governments had not known where to start to tackle online violence against women. "For a long time the internet has been seen as too big or too overwhelming, she said.

“But it is imperative we make sure women’s voices aren't silenced. We hope this project will particularly strengthen the voices of women from LGBTIQ2 and migrant and refugee communities, as well as the voices of women who don't conform to dominant ideas of femininity, because we know they're the ones who are so often targeted and silenced. A lot has been done in workplaces to tackle sexism but these methods haven't really been trialled before on social media.”

The project being led by Gender Equity Victoria will work with moderators at media organisations to help them understand the gendered nature of violence. But a major part of the initiative, Masters said, would be empowering online “bystanders” to speak up and call out sexism.

“We want ethical internet users to, when we see abuse online, to feel able to intervene,” she said. “This project is about supporting people who believe in equality and respect towards women to get behind and support women who receive online abuse. Often bystanders feel ill-equipped to do this or are worried about saying the wrong thing, so we will support those people to get the skills they need.”

Victoria’s minister for women and minister for the prevention of family violence, Natalie Hutchins, on Thursday announced $400,000 in funding for Gender Equity Victoria, and a further $114,000 for the Active Bystander project. “We need to take the lead from brave women who call out sexism and sexual harassment online, and ensure those who speak out are supported,” Hutchins told Guardian Australia. “This project is a significant step in addressing the sexist commentary which women continue to endure online."

An Amnesty International report published in March found 9% of 1,100 British women surveyed thought Twitter was doing enough to stop violence and abuse against women, while 78% felt that sharing their opinion would lead to being targeted with abuse. Amnesty found women reported stress, anxiety and panic attacks as a result of these harmful online experiences. 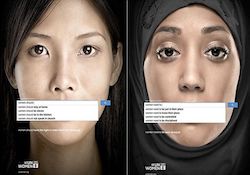 Women should...
Image from dailymail.co.uk. 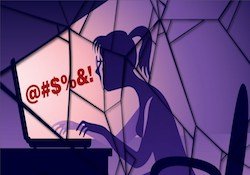 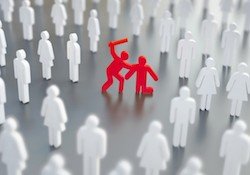 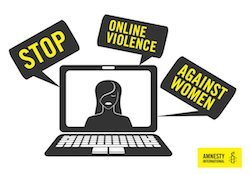 The civilisation part (called Landmarks) must be prepared on Madoc. Landmarks are part of the online material you will have to work on this semester.

Use the following link or visit the Online Training Page on Madoc for useful grammar revisions, methodology advice and quizzes about science videos.

1. Which of the following is NOT true about the Bystander project?


2. Who has launched this project?


3. Which of these will NOT be part of the project?


4. Why is the project mainly targeting major social media?

B. Did you understand these details? [Level = TRICKY]

1. Who has launched the project described by The Guardian?

2. Jacinta Masters considers that the Australian government is unwilling to address the issue.

D. Underline the adjectives in the following fragment from the text. What are the two essential rules to remember about adjectives? [level = EASY]


"We need to take the lead from brave women who call out sexism and sexual harassment online, and ensure those who speak out are supported," Hutchins told Guardian Australia. "This project is a significant step in addressing the sexist commentary which women continue to endure online."

E. Identify in the text the 3 compound adjectives and explain their meaning. How are they formed? [level = TRICKY]

F. Choose between the past and the present perfect.

The Australian government (1) (be) aware of online sexism for a while now, but it (2) (only-become) a national cause in 2018, when several reports (3) (be published). Most of the reports that (4) (be published) so far insist on the impact online sexism (5) (have) on women's behaviors. In 2017, 33% of women in the US (6) (declare) they had experienced online abuse, and the figure (7) (not decrease) since. And 41% of these women said that online abuse (8) (make) them feel physically threatened at least once. 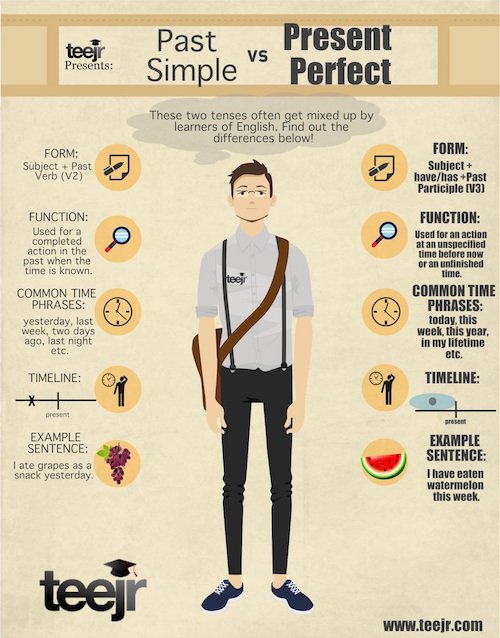 G. Vocabulary competition. Find the 18 types of crimes and play against other students. Will you be the fastest?