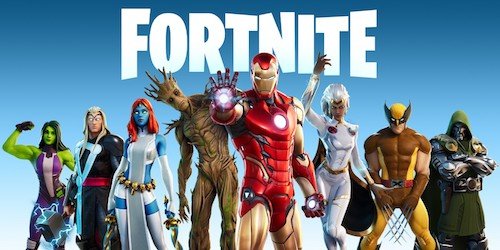 Fortnite Battle Royale is a free-to-play battle royale video game developed and published by Epic Games. It is a companion game to Fortnite: Save the World, a cooperative survival game with construction elements. It was initially released in early access on September 26, 2017.
Read more...

Watch the the video and answer the questions to Exercise A.

1. Jenna Stoeber describes Fortnite Battle Royale as being very “lush.” What does “lush” mean in this context?

2. Which of the following is not a place in Fortnite?

4. What made Fortnite such a cultural phenomenon?

7. What is it about the design of the game that Jenna Stoeber particularly likes? 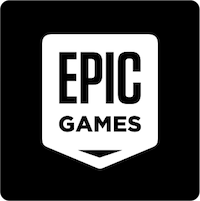 1. At the time of writing, Fortnite had been downloaded an estimated 16 million times.

2. The writer compares the obsession surrounding Fortnite to the fervor surrounding the Beatles back in the day.

3. Fortnite is different from other, older games in that it seems more inclusive.

4. In Fortnite Battle Royale, 800 players get dropped from a flying school bus onto an island where they have to fight to the death.

5. The playing space gets smaller and smaller because of approaching cockroaches.

6. People often say that the destructive aspects of the game combined with the fight-to-the-death aspect make it a mixture of Minecraft and the Hunger Games.

7. ZenoMachine’s objections to Fortnite have to do both with the aesthetics of the game and with its mechanics.

Fill in the following transcript.

ZenoMachine develops his own games using a (1) called the Unreal Engine. Fortnite, as it happens, is built on the Unreal Engine, too. The game is the creation of a company called Epic Games, based outside Raleigh, North Carolina. In 1998, Epic released a (2) called Unreal, which enjoyed only (3) . success but which, almost by accident, had an enduring influence on the evolution of video games. Epic used Unreal's (4) and some of its parts, to make what came to be known as the Unreal Engine, a (5) that supports all manner of games, be they shooters, brawlers, platformers, or sandbox R.P.G.s. It’s basically a (6) that developers can use to design and build games and other simulations. Rather than (7) in, say, C++, the popular graphic-coding language, independent developers and other companies use the Unreal Engine to make their own games. (The licensing of the engine, in turn, gives Epic the cash flow to (8) to the development of hit games like Fortnite.) Each year, Epic uses existing games, some of them all but forgotten, to soup up the Unreal Engine, so that it can handle an ever more sophisticated (9) Fortnite was the first Unreal Engine 4 release. Among other things, Epic had to adapt the engine to help its servers (10) the huge amount of data that has to be processed instantaneously when a hundred players are competing in a single Battle Royale round.

Audio from "How Fortnite Captured Teens' Hearts and Minds", Annals of Gaming, The New Yorker, article written by Nick Paumgarten and read by William DeMeritt.

Watch this video to revise possession in English

Rewrite these sentences using -'s, -s' or ø when it is applicable, and of when it is not.