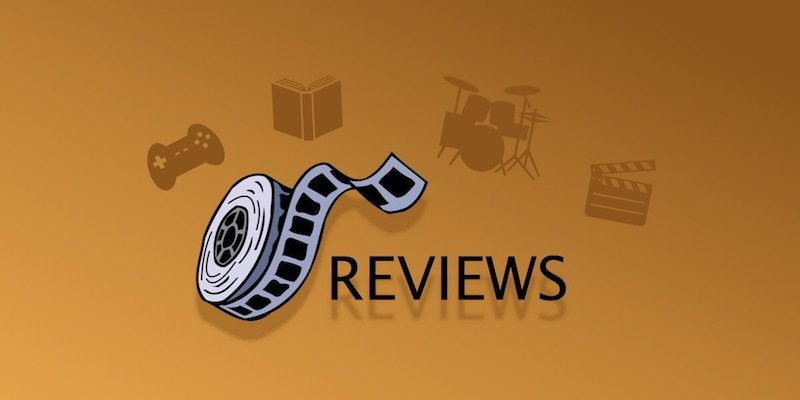 
DECIDE ON YOUR TOPIC!!

- Email your teacher to let him/her know who you are working with, the title and topic of your blog.

- If you do not have a team, email your teacher and s/he will find you one.

A film set can be a confusing place for an outsider, replete as it is with insider acronyms and strange vocabulary. Learning the following terms will make things easier for you in your quest to start writing your own film reviews. 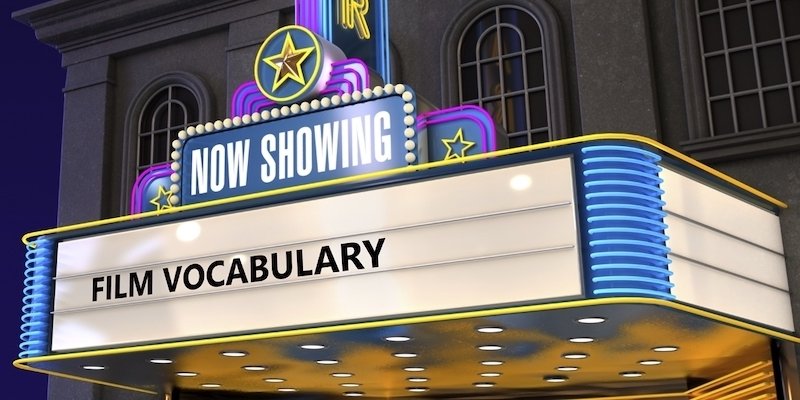 Read the descriptions and choose the matching words from the box below.

1. Watch the three trailers. In pairs, discuss which you liked best and why. Try to be specific in your reasons.

2. What information should a good film or trailer review include?

Linguistics professor Louise Banks (Amy Adams) leads an elite team of investigators when gigantic spaceships touch down in 12 locations around the world. As nations teeter on the verge of global war, Banks and her crew must race against time to find a way to communicate with the extraterrestrial visitors. Hoping to unravel the mystery, she takes a chance that could threaten her life and quite possibly all of mankind.

In the wake of her grandmother's funeral, hotel manager Lisa Reisert (Rachel McAdams) is waiting to fly back home when she meets charming Jackson Rippner (Cillian Murphy) at check-in. She thinks it luck that they're seated together on the plane, but soon learns otherwise. Jackson hopes to assassinate the head of Homeland Security, but to do so, he needs Lisa to reassign the official's room number at her hotel. As insurance, Jackson has kidnapped Lisa's father (Brian Cox).

Jack Torrance (Jack Nicholson) becomes winter caretaker at the isolated Overlook Hotel in Colorado, hoping to cure his writer's block. He settles in along with his wife, Wendy (Shelley Duvall), and his son, Danny (Danny Lloyd), who is plagued by psychic premonitions. As Jack's writing goes nowhere and Danny's visions become more disturbing, Jack discovers the hotel's dark secrets and begins to unravel into a homicidal maniac hell-bent on terrorizing his family.

The following sentences all describe one film (UK) / movie (US). Complete them and guess the title of the film. You can use the following verbs in the box, but you MUST conjugate them first. 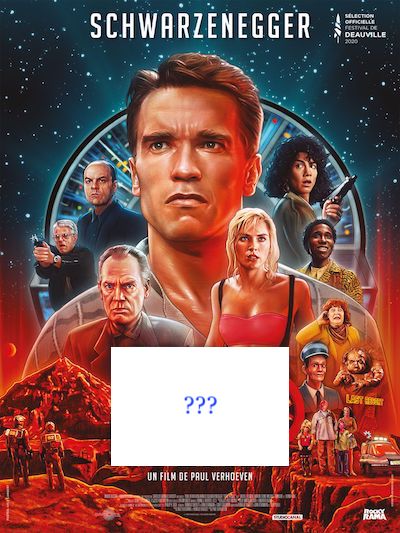 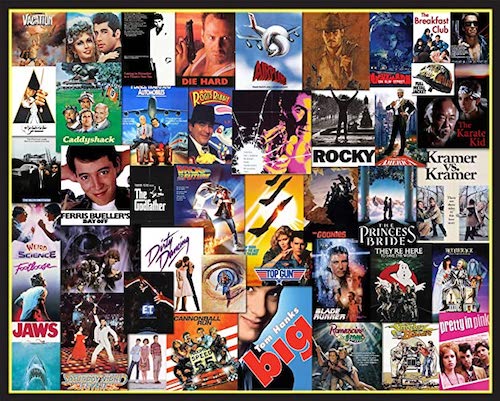 Now think of a different movie (something that everyone in the classroom would be expected to know, but not too easy!) Use the internet to find out the above details about your chosen film. It doesn’t matter which country it is from.


Rewrite the sentences above in the table below, replacing all the parts in bold type and being careful not to let your partner see them. Take it in turns with your partner to ask a question of your choice about the other's movie and answer in complete sentences. See who can guess the title of the other’s film first.

Admittedly, it's a film that will turn off many, but it will also bulge eyeballs and cause talk.

§1. Welcome to Ridley Scott's nightmare. Resembling a Felliniesque journey into Dante's Inferno, with Mickey Spillane in tow, Blade Runner is a cold, bold, bizarre and mesmerizing futuristic detective thriller that unites the British-born director of Alien with new box-office dynamo Harrison Ford for results that are as impressive as any film that's exploded through a projector so far this year.

§2. Blade Runner is not an easy film to watch comfortably, or categorize smoothly. It possesses a size that is awesome, sound and visual accompaniments that blasts the senses and a pessimistic attitude that would do justice to the hellish worlds Josef von Sternberg investigated in his Germanic and Paramount projects in the early 1930s.

§3. Set 37 years in the future in 2019 Los Angeles, a time and place within the potential reach of many of today's moviegoers, Scott doesn't promise much to anticipate. In his view, the City of Angels has become a ghoulish circus of towering, pyramid-like buildings, flying cars, space stations and a constant barrage of TV commercial hype writhing on the sides of monstrous buildings and from blimps endlessly careening through an air that's dense with searchlights, smoke, smog and dust. Rain is a constant. 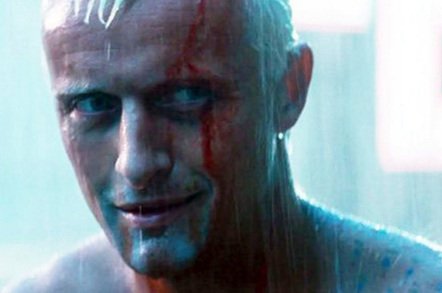 §4. When four "replicants" manage to return to earth, Ford is enlisted by the police to find them, and terminate them. Blade Runner follows Ford's trail through the L.A. jungles as he accomplishes his mission, namely the destruction of Joanna Cassidy, Brion James, Daryl Hannah and Rutger Hauer. Adding to his problem is the fact that Sean Young, with whom he is having a romantic alliance, may also be a dreaded "replicant."

§5. It all adds up to a virtual feast for sci-fi devotees, not to mention audiences who appreciate decidedly off-beat themes and substance worth debate. For them all, Blade Runner will require more than one visit to get all the implications.

§6. The picture is a triumph for Scott, who wallops over the "B.R." thesis and atmosphere with a strong sense of style, and relentlessness. He is aided immeasurably by Lawrence G. Paull's breathtaking production design and the strong special photographic and visual effects supervised by Douglas Trumbull, Richard Yuricich and David Dryer, Jordan Cronenweth's cinematography is also noteworthy and underneath it all, eerie music by Vangelis, often emphasizing a wailing saxophone, makes as much of an impact as did his score for the decidedly different cup of tea, Chariots of Fire. 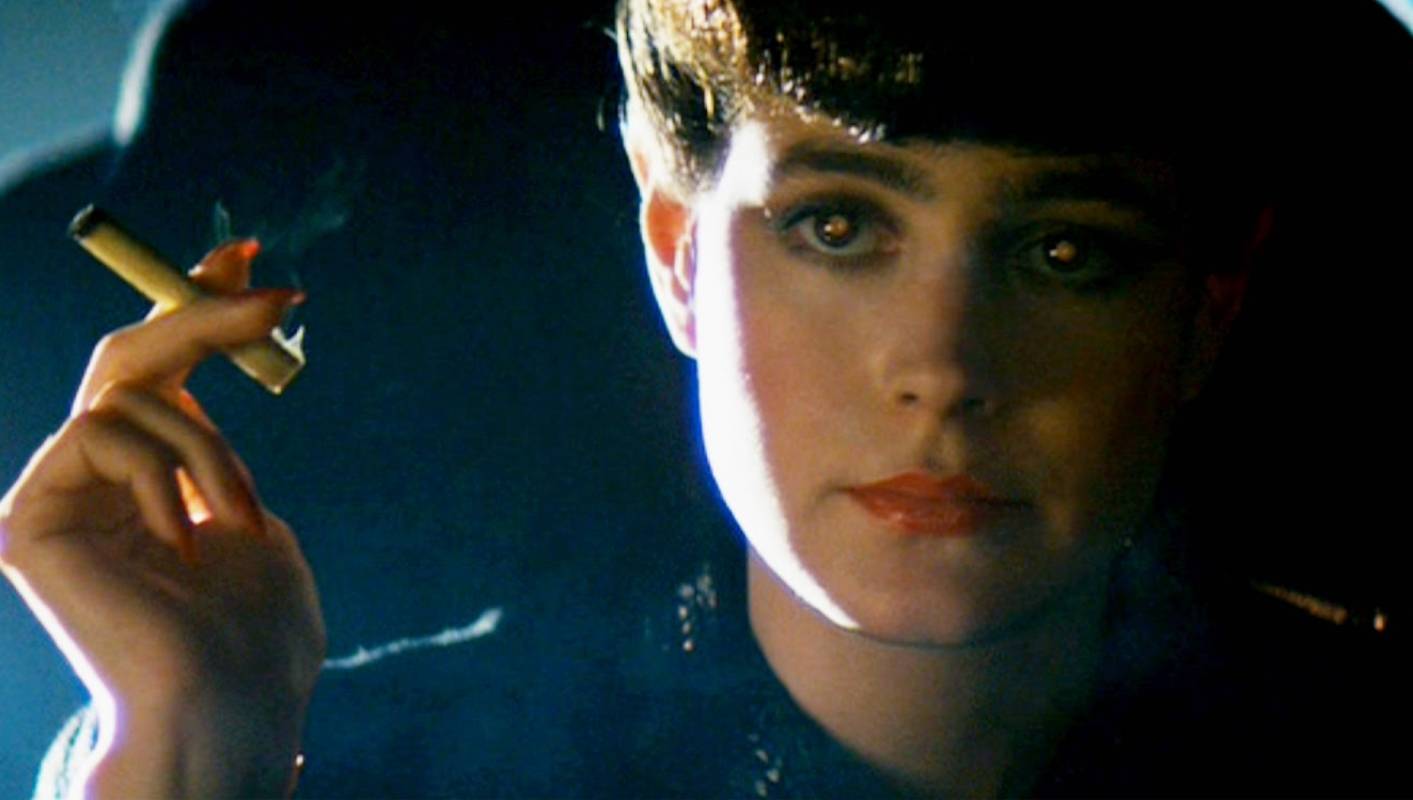 §7. The acting is also first-line, headed by Ford, who is perfectly cast as the scruffy hunter, a character he endows with enough personality and vulnerability to create all the necessary audience identification and caring. Hauer again makes a supreme villain, at once a symbol of physical perfection and twinkling evil. William Sanderson is also a standout as a mousy genetic designer, his cavernous apartment filled with living dolls of his creation. Young, Hannah and Cassidy nicely hold up the feminine end of the proceedings.

§8. Down the line, the technical and creative support is expert, including costumes designed by Charles Knode and Michael Kaplan, editing supervised by Terry Rawlings, art direction by David Snyder, just for starters. They've all contributed to a piece of weird movie magic that's going to become one of 1982's most discussed of the big guns.

Find the words in the text which best correspond to the following descriptions:


Do you think this review is good? Does it include all the information a film review should? If not, what information would you add?

Now you are the teacher. All of the following sentences contain mistakes (the words or expressions that have been crossed out in red). Can you correct them?
[level = EASY]

The following two movies have contested at short film festivals in Ireland. Imagine you are a member of the panel deciding which one of the two should be the winner. Explain your choice. (50 words max.)

NOTE: Feel free to use subtitles for Five Star Fouad if you need them.

Now show how much you have learnt in the session and write a professional comment.

WE ARE NEARLY DONE!!!