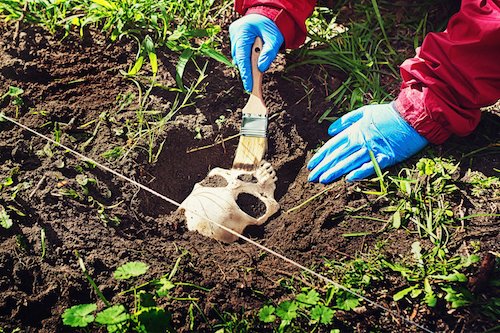 Read this article and answer the questions. 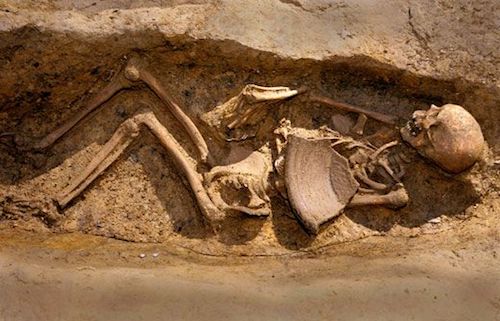 A forensic archaeologist's chief involvement may be to help the police locate the site where a body and victim’s personal items, or stolen goods are buried, through geological and geophysical surveying techniques, as well as using imaging and photography.

The forensic archaeologist may also help with the excavation, using similar tools and expertise to those used at an archaeological dig. This has to be done slowly and painstakingly, and the archaeologists will record and preserve anything found at every stage and depth (for example paint flakes, hair, clothing or DNA) as it may be vital evidence. The colour and state of the soil may be useful in the investigation.

Forensic archaeologists can date items found in grave sites, including bones, using a range of techniques. Carbon dating can determine whether the grave site is recent or ancient.

Forensic archaeologists may be involved in the excavation of mass graves to produce evidence for war crimes trials, or in the collecting and collating of human remains and personal effects at mass fatalities, such as bomb or gas explosions, or plane crashes.

Evidence from forensic archaeologists about how materials degrade or decompose over time and in specific conditions is important, as this can help determine, for example, how long a body has been buried by the state of the clothes or the surrounding soil, or how long stolen goods have been buried by the subsequent damage to metal and other materials.

Forensic archaeologists may have to give evidence in court as an expert witness, and need to be able to communicate complex issues to a lay audience. They may also have to communicate with distressed and bereaved relatives.

Find the words or groups of words that correspond to the following:

Answer the following questions about the text.

1. When is a forensic archaeologist necessary? (Give 3 different answers)

2. Say if the following statements are true/false and justify from the text or in your own words:

2.1. A forensic archeologist uses techniques which are very similar to those of a conventional archeologist.


2.4. A forensic archeologist may have to come to court but s/he will have no contact with the family of the deceased.


3. Do you have the making of a forensic archeologist? Answer the following questions about the text. The answers are not necessarily written in the document, you must put yourself in the position of a professional!

3.1. How can a forensic archeologist determine where a body or an object has been buried?


3.2. Why does a forensic archeologist carry tools made of wood or plastic and not only metal ones in order to excavate?


3.3. Why can it be crucial to know how long a body has been buried?

Botany, in its simplest use, is the study of plants. Forensics is the application of scientific techniques to the investigation of crime. Forensic botany is thus defined as the use of plants and plant parts —including as pollen, seeds, leaves, flowers, fruits and wood— in the investigation of criminal cases, legal questions, disputes, or, in non-criminal cases, to ascertain cause of death or former location. Keep reading at Sciencing.com

Watch the first part of the video and say if the following statements are true or false.


Now do the True/False exercise.

1. The skull in the first crime scene was probably brought there by the perpetrator.


3. Professor Courtin uses the fact that all plants have annual growth rings to estimate the age of the plant.


4. Thanks to the plant he found growing through the skull, Professor Courtin can estimate that the victim died four years ago.


5. One of the differences between a mock crime scene and a real crime scene is in the number of people present.


6. Because it is somewhat easy to drag a body somewhere to hide it, forensic botanists try to find pieces of plant material that may have caught onto the victim’s clothing to establish what happened.


7. In this case, the fern that Professor Courtin found is so fresh that it indicates that the murder happened in the last few minutes.


8. The plant material found by Professor Courtin shows that the body was moved to a different location after the victim was killed.

Watch the second part of the video and answer the questions.


Choose the best answer to the following questions.

E. Fill in the blanks

Now complete the following transcript from the end of the second part of the video.
NOTE: If a number is repeated several times, the same word is to be written every time. 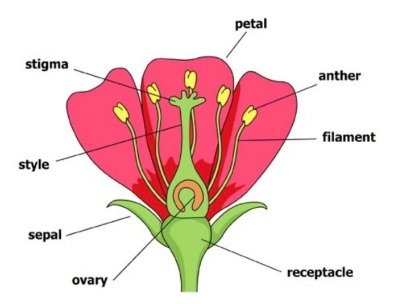 Structure of a flower
Source: classnotes.org.in

What we have here is a lily flower. A lot of people will recognize it. But this one is ready to (1) lots of pollen. These orange anthers are where the (2) is produced and it’s just to show how easily some of this (2) can be transferred to the clothing of a (3) or of a victim if they happened to brush against the plant. So we’ll take just a piece of paper tissue and pretend like I was brushing by it with a shirt and you can see onto the paper there are these orangey masses transferred so I’ll stick it under the second microscope here. You can already see all these little oblong things that look like brown rice grains are in fact (2) grains. And there’s a single grain, there’s another single grain, and these are (4) . There might be like 50 in that (5) there and 50 in that (5) . This magnification here is only about 40 times regular size. You can certainly see the (6) but not the detail. But in the other microscope we’ll be able to see it in much more detail and identify it as lily (2) grains. 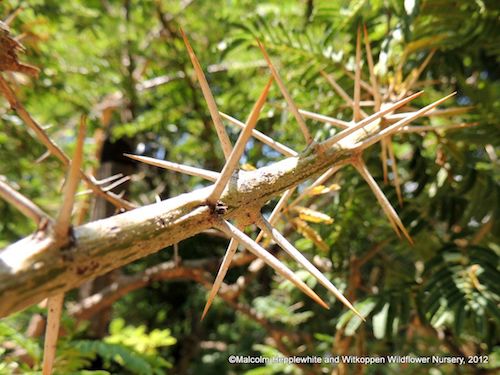 The tricky part is applying those general ideas about (2) to a crime scene.

So presumably whoever buried this body or placed it here in this (7) grave has walked around it in this area and may have picked up some of these plant (8) . There are little thorny bushes here that may have rubbed off some thorns, or scraped something onto pants or shoes. There’s lots of needles all over the ground and dry cones, needles, seeds. And I’m going to take a sample of that separately.

The first principle of forensic says that every contact with the crime scene will leave a trace.

The bit caught in here will certainly be enough to give us a (2) sample. Once I’ve finished sampling the (9) out of this shoe, the intent will be to match the (2) that I get out of the (9) sample and see if it’s similar or matches in some way with the (2) from the grave site that we investigated in the forest.

The following list contains the most frequent mistakes committed by students during their orals about the forensics project. Take 2 minutes to check how you would pronounce them, then be ready to read them aloud.

AFTER you read them aloud, click the play buttons to check your pronunciation. If you made a mistake, repeat the word(s) several times with the right pronunciation until it sounds natural to you.
REMEMBER: repetition is the key.

Compare your pronunciation with your nearest classmate. Who can pronounce words better?