In PART 1, you will become a teacher for a little while. How good will you be at correcting students' work?
PART 2 contains the last glossary that will be included in your test. Check how many words you can remember by accepting Challenge #1.
PART 3 is a revision of the language tools that will be included in the test
Finally, PART 4 is all about landmarks. It includes Challenge #2, in which you will be asked about all 6 civilization landmarks.

You are reading one of your students' writing practice describing the following picture. But there are many mistakes (20) that you need to correct. Let's see how many you can find! 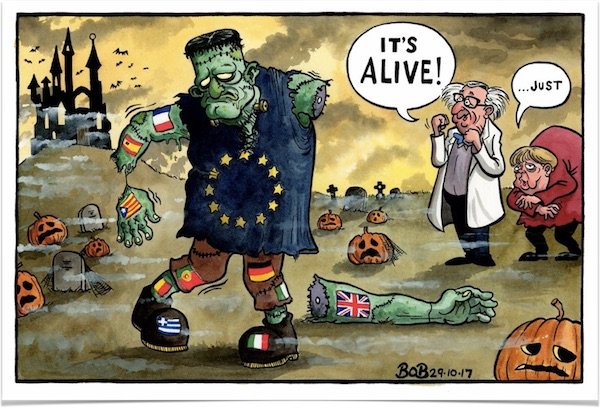 A. Spot the incorrect words by clicking on them. Then, write your correction in the corresponding box below.
Remember, you are a teacher, so don't be nasty!! [Level = PRO]

This image is a photograph taken by Bob on the twenty-nine of october 2017. It was probably publish in a newspaper or magazines, and in the background it show a zombie whose limbs are coming apart, while a mad professor and her assistant are watching from the left hand side of the image.

We can see a dark castle in the top right corner surrounded with white birds. The doctor is François Hollande, current president of France, and the hunchback assistant is Angela Merkel, the German president.

The monster is wearing a tee-shirt representing Europe, and he has some flags of European countries on his trousers. Greece and Italy are glued to his shoes, maybe because their economies are bankruptcy. He has already lose an arm (England) and it seems that Catalonians is breaking away from Spain. Some pumpkins, graves and crosses is scattered all over the picture, giving the scene a happy atmosphere...

(Do not click this button until you complete the exercise)

Academic degree
A degree is any of a wide range of status levels conferred by institutions of higher education, such as universities, normally as the result of successfully completing a program of study.

Curriculum
The set of courses and their contents offered by an institution such as a school or university. In the U.S., the basic curriculum is established by each state with the individual school districts adjusting it to their desires; in Australia each state's Education Department sets the various curricula.

E-learning
An approach to facilitate and enhance learning through, and based on, both computer and communications technology. Such devices can include personal computers, digital television, tablets and mobile phones. Communications technology enables the use of the Internet, email, discussion forums, collaborative software and team learning systems.

Exchange student
A student who temporarily goes abroad and lives with a host family in a foreign country, and attends school there. That host family often also sends a child of theirs abroad, usually to the same country as the student they are hosting. The main purpose of exchange programs is to increase cultural understanding, both for the student and the people in the host country he/she comes into contact with.

Gap year
Also known as a sabbatical year, is typically a year-long break before or after college/university during which students engage in various educational and developmental activities, such as travel or some type of regular work.

Higher education
Education provided by universities and other institutions that award academic degrees, such as community colleges, and liberal arts colleges.

Internship
A period of work experience offered by an organization for a limited period of time.

Notetaking
The practice of writing pieces of information, often in an informal or unstructured manner. Notetaking is an important skill for students, especially at the college level. Computers, particularly tablet PCs and personal digital assistants (PDAs) are beginning to see wide use as notetaking devices.

Problem solving
Forms part of thinking. It occurs if an organism or an artificial intelligence system does not know how to proceed from a given state to a desired goal state. It is part of the larger problem process that includes problem finding and problem shaping.

Public education
Schooling provided for the general public by the government, whether national or local, and paid for by taxes, which leads to it often being called state education. Schools provided under such a system are called public schools in many countries, but in England the term "public school" refers to an elite of privately funded independent schools which had their origins in medieval schools funded by charity to provide education for the poor.

Research
Often described as an active, diligent, and systematic process of inquiry aimed at discovering, interpreting and revising facts. This intellectual investigation produces a greater understanding of events, behaviors, or theories, and makes practical applications through laws and theories.

Rubric (academic)
In education, a rubric is a set of criteria and standards linked to learning objectives that is used to assess a student's performance, such as on a paper, project, or essay.

Science fair
Generally a competition where contestants create a project related to science or some scientific phenomenon. Science fairs usually are involved with children and schooling; however, the term can be used to describe science fairs independent of the age of the contestants involved. They are often also combined with competition in mathematics or history.

STEM fields
The Science, Technology, Engineering, and Mathematics (STEM) fields are collectively considered core technological underpinnings of an advanced society. In many forums (including political/governmental and academic) the strength of the STEM workforce is viewed as an indicator of a nation's ability to sustain itself.

Student loans
Loans offered to students to assist in payment of the costs of professional education. These loans usually carry lower interests than other loans, and are usually issued by the government.

Student organization
A voluntary association of students at institutions of secondary and higher education for a specific legal purpose. Such organizations are often sponsored through and receive funding from a student government.

Syllabus
A document with an outline and summary of topics to be covered in a course. It is often either set out by an exam board, or prepared by the professor who teaches the course, and is usually given to each student during the first class session.

Training
Refers to the acquisition of knowledge, skills, attitudes as a result of the teaching of vocational or practical skills and knowledge and relates to specific useful skills. It forms the core of apprenticeships and provides the backbone of content at technical colleges or polytechnics. Today it is often referred to as professional development.

Tuition
A fee charged for educational instruction especially at a formal institution of learning. Tuition is charged by educational institutions to assist with funding of staff and faculty salaries, course offerings, lab equipment, computer systems, libraries, and facility upkeeping.

Visual learning
A proven teaching method in which graphic organizers, such as webs, concept maps idea maps, and slide shows are used to help students of all ages think and learn more effectively.

Workshop
A brief intensive course, a seminar or a series of meetings emphasizing interaction and exchange of information among a usually small number of participants.

How much can you remember from the glossary? The following challenge contains 16 terms and their descriptions, but they're scrambled (disorganised). Can you put them in the right order faster than your colleagues?

2. Australia is on fire 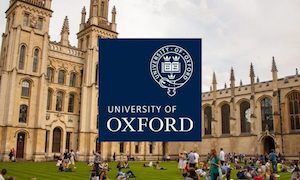 6. Education in the UK

1. I love this time in / evening when the sun is going down.

4. Jane had to go home from school because she had / headache.

5. The robber was sent to / prison for a total of three years.

6. My cousin works as / waiter in a café near where we live.

7. The underground doesn't run this late so we'll have to take / taxi.

9. My favourite subject at school is / chemistry.

5. My mum / me every weekend without fail.

7. You / with excuses for not having done your homework. It's so annoying!

8. / much during the week but / to go out somewhere on Saturday night.

9. No, the train / at Cirencester on Saturdays.

10. My mum / part in ice-skating competitions almost every weekend.

C. Rewrite correctly: change the words or phrases in the boxes.

1. My dad late on Saturday mornings.

2. any other language apart from English?

3. all my Christmas presents and it's only October!

7. Sean a table for tonight.

8. any help painting her new flat?

D. complete using the correct form of the verb in brackets.

1. It's the first time octopus!

2. Sandy his sister since she went to university.

3. They on holiday to Spain and won't be back until the end of the month.

4. Poor Tracy! She that essay for hours now and she still hasn't finished!

6. to get in touch with Jenny all morning but I can't find her anywhere.

7. the book yet so I can't tell you what happens.

8. where we're going this summer?

9. here for the last six years.

Happened recently, once in your life

It has been happening for a while, and it is still going on

THE PAST (SIMPLE, CONTINUOUS, PERFECT and PERFECT CONTINUOUS)

1. I / Maria for the first time at Ray's birthday party.

3. When we were on holiday, we / to the café almost every day.

4. Denise / the song every day until she could sing it perfectly.

6. Mr Connors / two houses and a villa in the south of France.

7. It was strange at first, but I quickly got used to / the bagpipes.

9. Christopher was / used to the idea of joining the army.

10. People never / be so worried about crime in this area.

12. There / be a cinema on this corner, but they knocked it down.

F. Complete using the correct form of the verb in brackets.

1. Where when I saw you on the bus last night?

3. When we shared a room, Zoe my things. It was so annoying!

4. When I went to get the tickets, I realised I any money.

5. When I was young, we to France every year on holiday.

7. When you rang last night, I in the garden so I didn't hear the phone.

8. I from Davina last night. She says hello.

9. The old man to be very tired and he slowly sat down.

10. We a surprise party for my brother last Saturday.

Happened in the past, in a specific year, day...

It happened before something else

It had been happening for a while, until something else interrupted the action

G. Complete these sentences using CAN/ COULD/ MIGHT/ MUST/ SHOULD/ WOULD + the verb in the boxes.

2.
A. What's the weather like? Is it raining?
B. Not at the moment but it later.

7.
A. When did you post the letter to Mary?
B. This morning. So she it tomorrow.

9.
A. Did you hear the explosion?
B. What explosion?
A. There was a loud explosion a few minutes ago. You it.


Modal verbs are used with other verbs to express ability, obligation, possibility, and so on.

The following quiz has very specific questions on each of the six civilization landmarks. You have 5 lives to answer 34 questions. Will you reach the end of the quest?